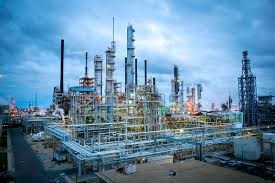 While our lawmakers continue to show up to a microphone or with a press release to grab a headline, we continue to be mired in the same old destructive habits. The recent drama surrounding the rejection of an Industrial Tax Exemption request in Baton Rouge by the Exxon Mobil Refinery reveals so much about what holds us back. Let's be clear. When John Bel Edwards granted local governing bodies control of ITEP he placed us in the same position as Texas, the model many say we should follow economically.

In Texas ITEP is and has always been controlled by local government.

Frankly, it's the only thing that makes sense. Business developments bring new revenue but also new demands on infrastructure and schools that must be addressed in the communities they reside in. Communities must make clear and objective evaluations: How many new temporary or permanent jobs are actually created? Is this really expansion or maintenance? Will new capital expenditures actually reduce the permanent workforce? What additional other tax revenue will be generated if the exemption is granted? There were some reasonable positions to be debated in regard to the latest request. In fact, a local contractor who was one of the most conservative Republican members of the East Baton Rouge Council penned an article opposing this recent request on a conservative website.

If Texas also has local control, why are we losing to them. Because we are not doing our job as a community. Instead of an objective analysis of whether the recent request made sense we had posturing in regard to whether we were "pro business" or "pro school funding". Our citizens and frankly many of the officials who decided on the exemptions never received unbiased analysis to inform their opinion. After the school board rejected the recent exemption request, officials held a "pep rally" to say they like Exxon that did not even mention the exemption process. An advertisement also appeared supporting Exxon from the business community. What we still have not had is analysis, discussion, or suggestion of a process to bring clarity to the ITEP process in Baton Rouge. Two of our state house delegation immediately proposed returning to state control over our future, going back to failures of the past. As is so often is the case, we are right back where we started. It's clear that folks who can objectively put Baton Rouge first are going to have to engage to establish a productive, objective, and orderly process for ITEP. I look forward to meeting with such folks soon to get that done for Baton Rouge.