Bobby Jindal ally Alan Seabaugh has withdrawn from his attempt to be nominated by President Donald Trump for a Federal Judgeship in Louisiana. 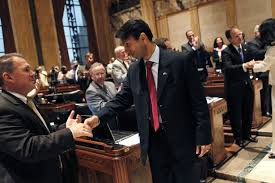 Seabaugh is the leading spokesman for The Koch brothers PRO OPEN BORDERS, PRO AMNESTY Americans For Prosperity group in the Louisiana legislature. He is a self described "great friend" of its state director John Kay. Although the Louisiana Chapter of Americans For Prosperity tries to hide the group's agenda, the group has opposed President Trump and supports open borders. Their agenda has been exposed in conservative media. Seabaugh's ties to the group were brought to the attention of the Trump Administration in recent days.
We can only take Seabaugh at his word on what his actions would be as speaker. Last year while drawing a check from hardworking Louisiana taxpayers on the LA House floor, Seabaugh said he was "there to run out the clock." 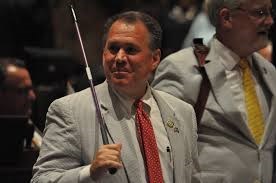 That's not the attitude the Trump Administration needed in a judge. We also don't need this Jindal ally as Speaker of the House. For more on Americans For Prosperity Open Borders Agenda click this link: